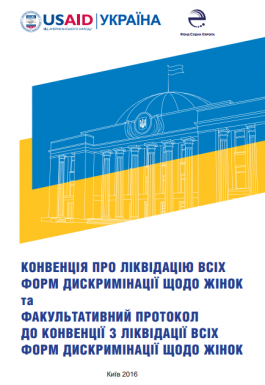 The Convention on the Elimination of All Forms of Discrimination against Women (CEDAW) is the main international document in the field of women’s rights.

This document sets out legal obligations on the equality of civil, political, economic, social and cultural rights of women and men. The Convention requires parties to eradicate discrimination against women (as defined in Article 1 of the Convention) in the public and private spheres, including discrimination in the family. The Convention was adopted by the UN General Assembly on December 18, 1979 to strengthen the provisions of existing international instruments. The Convention entered into force on September 3, 1981, and was ratified by 189 states.

The Convention was developed by the Committee on the Elimination of Discrimination against Women, which acts as the oversight body for the implementation of this document. The Committee examines the initial and periodic reports submitted by states parties on the measures they have taken to implement the Convention.

CL30 was the result of a wide-ranging consultation process with women affected by the conflict and civil society organizations in different parts of the world. CL30 clarifies the application of the Convention in situations of armed conflict and political crisis, conflict prevention and resolution, as well as various complex processes of peacebuilding and post-conflict reconstruction.

CL-30 outlines the content of the obligations of member states,  as well as provides recommendations to non-governmental entities.

CL30 also applies to the application of the Convention on the Prevention of International and Internal Armed Conflicts, in situations of external occupation, various manifestations of occupation and post-conflict, as well as in situations of low intensity of civic and political activity, emergencies, terrorism and terrorism response in the context of statelessness and internal displacement.

CL30 also considers the application of the Convention to all actions of member states that affect the rights of citizens and non-citizens, in controlled territories and even in uncontrolled territories. The primary objective of CL-30 is to provide clear guidance to the states on legislation, regulation and appropriate measures to ensure full implementation of their obligations under the Convention on the protection, respect, and exercising women’s rights in conflict prevention, conflict and post-conflict situations. CL30 covers a wide range of issues, including gender-based violence and human trafficking; participation; access to education, employment and health, rural women; displacement, refugees and asylum seekers; citizenship and lack of citizenship; marriage and family relationships; security and disarmament reforms, military demobilization and reintegration; constitutional and electoral reform; and access to justice.

«The Program of Action for Women, Peace and Security» is a field of action revolving around a number of UN Security Council resolutions on women's rights in the context of military conflict. 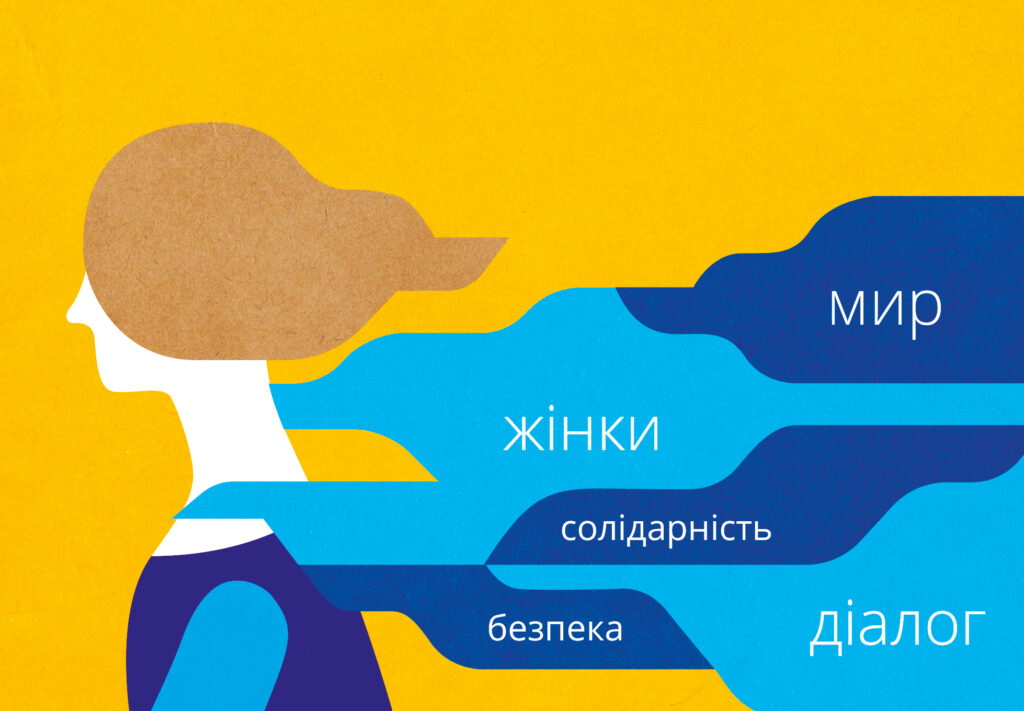 was adopted unanimously by the UN Security Council on October 31, 2000. The resolution was the first step in recognizing the disproportionate impact of war on women, as well as the importance of women’s participation and leadership in conflict prevention and peacebuilding. The active participation of women is seen as a prerequisite for achieving international peace and security in the broadest sense of the term. Undoubtedly, Resolution 1325 was one of the major achievements of the global women’s movement, as well as one of the most inspired decisions of the UN Security Council. For the first time, the document links the experience of women in conflict with the International Peace and Security Program. The fact that the highest authority, whose mission is to ensure world peace and security, has recognized that peace is inextricably linked to gender equality and women’s leadership is a decisive step and a great victory for the global women’s movement.

Global Study on the Implementation of Resolution 1325, UN Women:

addressed the issue of conflict-related sexual violence, and obliged the UN Secretary-General to report these crimes to the UN Security Council.

urged UN member states, charities, and civil society to take into account the protection, empowerment of women in the assessment and planning of post-conflict needs.

established a mechanism for monitoring and reporting cases of conflict-related sexual violence.

focused on the responsibility of perpetrators for conflict-related sexual violence; emphasized the political and economic rights and opportunities of women.

addressed persistent gaps in the implementation of Women, Peace and Security Program.

Each UN member state must develop and adopt its own action plan to implement Resolution 1325 on Women, Peace, Security.

Ukraine became the only country in the world to adopt its 1325 National Action Plan during the military conflict.

Position of Ukraine in the UN Index on Women, Peace and Security will be defined by an integrated indicator of the successful implementation of 1325 the National Action Plan. Today Ukraine ranks 105th out of 167 countries. This means that being a woman in Ukraine is still quite dangerous, both in terms of financial risks and high probability of violence.

Order of the Cabinet of Ministers of Ukraine “On approval of the National Action Plan for the implementation of UN Resolution 1325 on Women, Peace, Security until 2020” dated February 24, 2016 No. 113-r

Order of the Cabinet of Ministers of Ukraine “On approval of the National Action Plan for the implementation of UN Resolution 1325 on Women, Peace, Security until 2020” dated October 28, 2020 No. 1544-r