Women in Defense of Peace and Security

According to the UN WOMEN (UN organization dedicated to gender equality and the empowerment of women), women and men experience armed conflicts differently. This means that when talking about differences, one should keep in mind that the servicepeople and civilians experience conflicts in quite different ways, have different needs and face rather non-identical consequences. 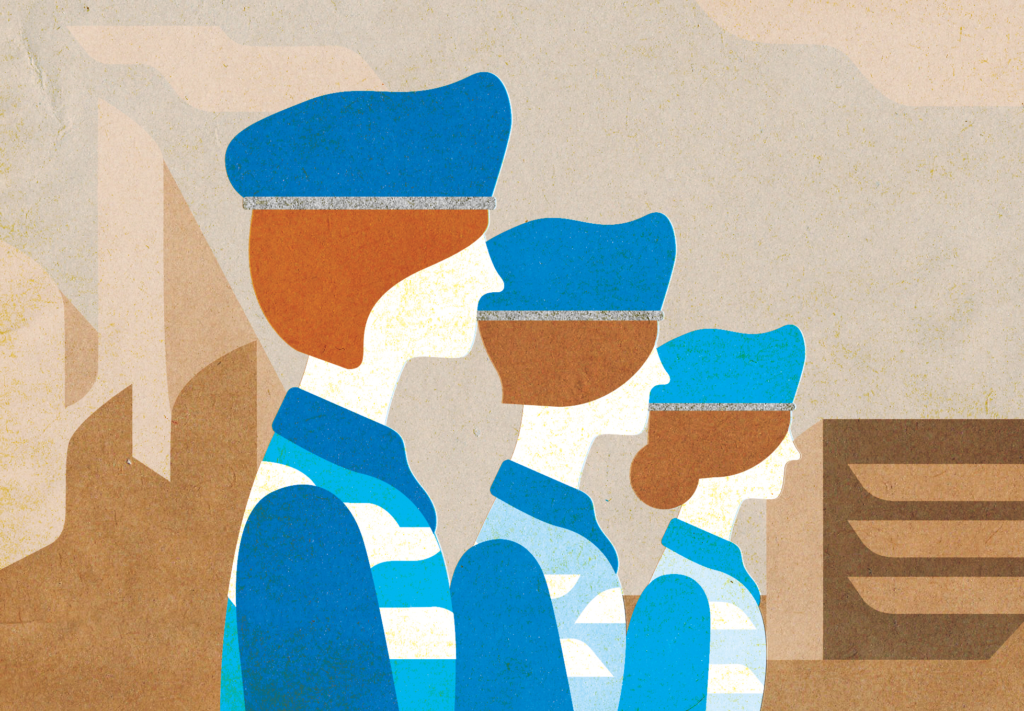 It is important to understand that military conflicts have a significant impact on the lives of women and men. At the same time, quite a number of women are not passive observers. They take on active roles: serve in the armed forces, law enforcement agencies, volunteer battalions. Women make up the majority of volunteer groups and organizations, providing assistance to both the army and civilians who remain in the temporarily occupied territories, as well as internally displaced persons.

« “UN Security Council urges Member States to increase women’s participation at all decision-making levels in national, regional and international institutions and mechanisms for the prevention, management and resolution of conflict”»

Women have been active in peace movements since the 19th century. At the International Congress of Women in London the International Council of Women adopted a resolution in support of peace and arbitration in 1899, which was adopted the same year at the first peace conference in the Hague. The leadership of the Council paid special attention to those states where militaristic tendencies were most pronounced. It is no coincidence that the next Council was convened in Germany, where women’s movements were in opposition to the official position of the state. 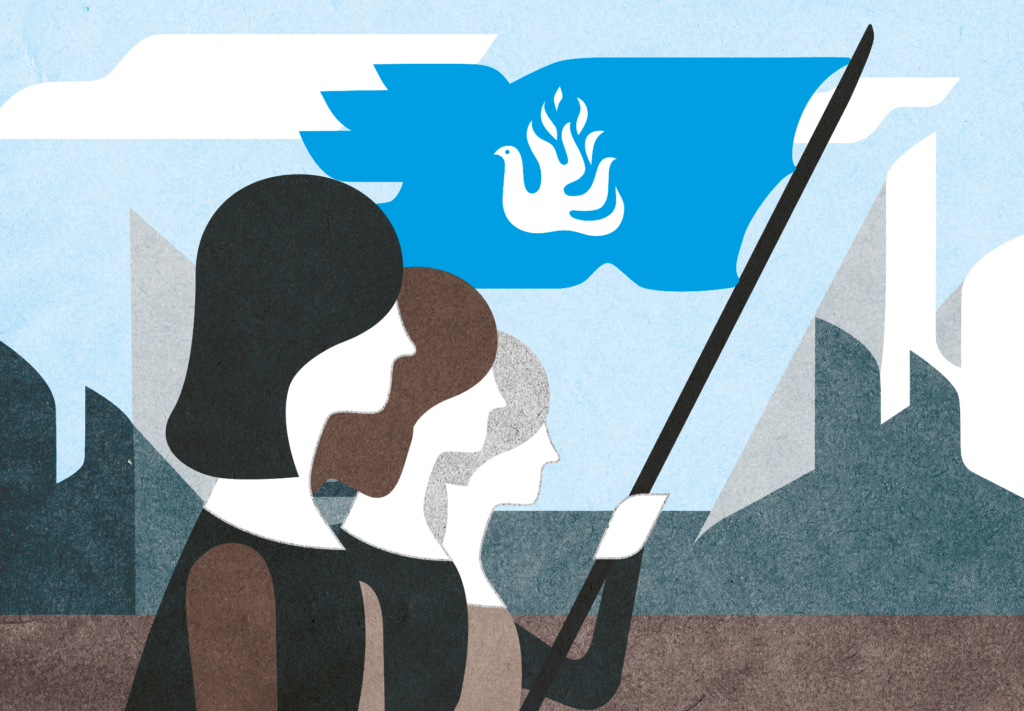 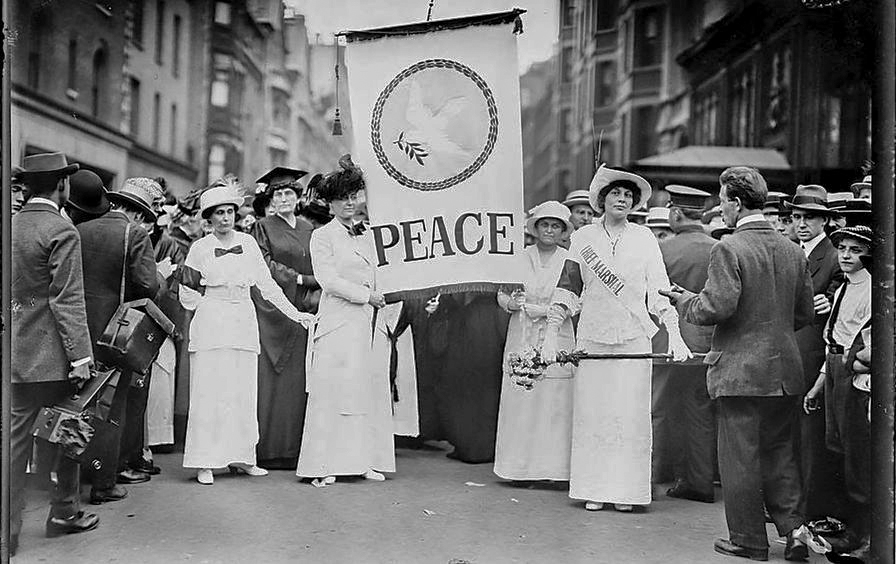 The Women’s Peace Parade marked a change in the methods of peaceful movement.

The struggle for important political decisions and the conclusion of peace has entered an active phase such as public demonstration for encouraging popular support.

It is believed that the Women’s Peace Party actually started the modern peaceful women’s movement.

In 1915, the International Congress of Women in the Hague brought together 1,136 representatives of women’s associations from several countries, which led to the founding of the International Committee of Women for Permanent Peace. According to the decree of the Second International Women’s Congress for Peace and Freedom, held in Zurich in 1919, the committee was renamed into Women’s International League for Peace and Freedom (WILPF). Two of the WILPF leaders received the Nobel Peace Prize for their peace efforts: Jane Addams in 1931 and Emily Greene Balch in 1946.

This international organization has contributed to the launch of national missions, which have been operating since then. The most important activities of the Women’s International League for Peace and Freedom remain the fight against militarism and the promotion of feminist foreign policy.

After the World War II, European women also took part in peace initiatives again, engaging women from other continents. Women’s International Democratic Federation, WIDF (fr. Fédération Démocratique Internationale des Femmes, FDIF) was established in November 1945 at the International Women’s Congress in Paris in the wake of postwar changes in Europe to unite women from all continents for the common struggle in the name of protection of their rights as citizens, mothers, workers, and in the name of children protection, to ensure peace, democracy and independence of peoples. Today, WIDF national offices operate in more than 86 countries.

Since 1980, the Women’s International Democratic Federation has been celebrating the International Women’s Day for Peace and Disarmament on May 24.

The celebration started in the 20th century, because mankind has recently experienced two world wars, and despite that local military conflicts have been still going on around the world. On this day, women intensify campaign aimed to prevent and stop various hostilities, organize conferences, marches against wars, and festivals. These activities are broadcasted on radio and television. Newspapers and magazines calling for a global ceasefire have been published. 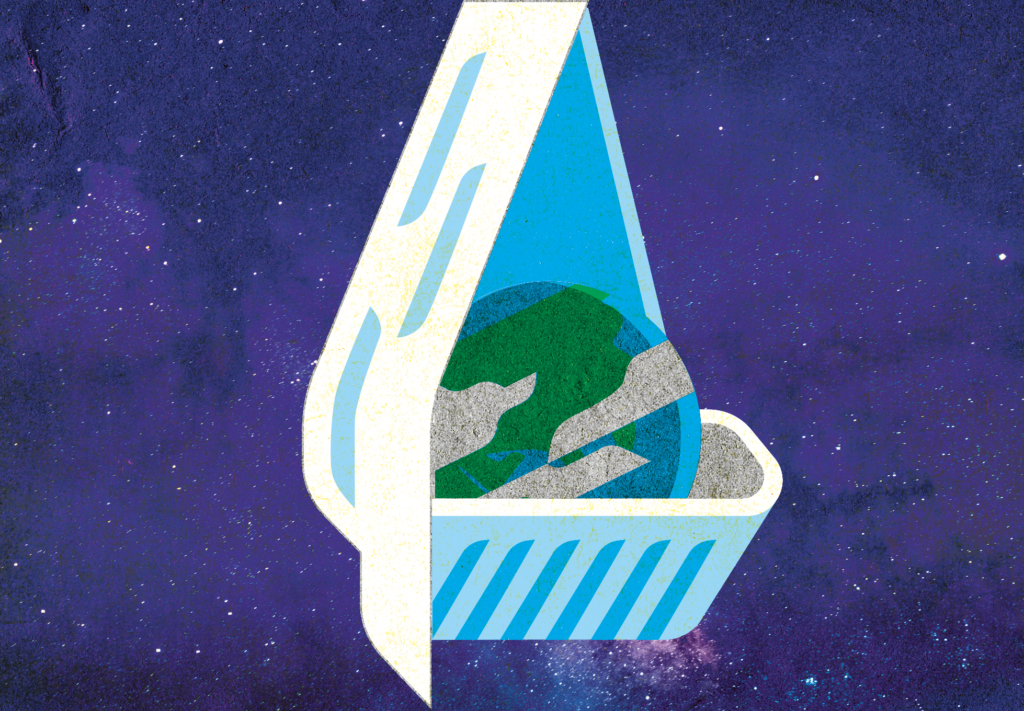